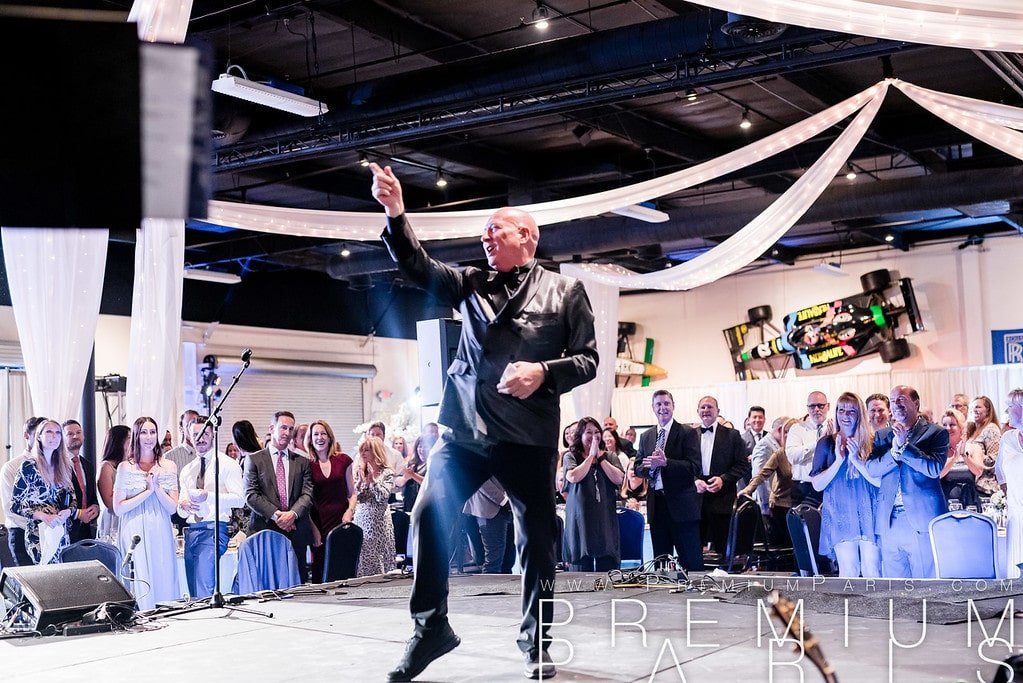 We are so excited to share that Caterina’s Club raised $450,000 at the 14th annual Red Carpet Gala! WOW! Our team, Chef Bruno, and of course, Caterina are beyond grateful to everyone who attended the event and contributed their time, energy, and money to help our cause. With food, drinks, music, and 400+ guests it was without a doubt a night to remember!

A huge special thanks to the venue and the wonderful staff at the Marconi Automotive Museum in Tustin who created a memorable scene for our guests. Our guests were able to mix and mingle with cocktails in hand as they ooed and awed over the most expensive cars in the world! Among the performers of the night were Miss California Eileen Kim and Brenda Crystal, a popular Latina artist who, as a youth, was a beneficiary of Caterina’s Club.

With their tummies full and their spirits high, guests opened their wallets to the auctioned items and cashed out roughly $450,000 for Caterina’s Club. Here is the honorary lineup:

We are looking forward to our future fundraisers so we can continue to keep Caterina’s spark alive and help more people across the nation. With more than 3 million meals served, Caterina’s Club extends to even greater masses, and we are always looking for helping hands. Do you want to be a part of the change?

Caterina’s Club additionally helps families escape living in drug-infested, crime-ridden motels and move into safer, cleaner and more permanent housing through the Welcome Home program. Welcome Home compliments the Hospitality Program we also have in place which seeks to divert at-risk high school students by introducing them to opportunities in the food, hospitality and service industries.

Find the program that’s right for you by visiting our Get Involved page.

We hope to see you at our upcoming Annual Snow Day! Join us for the “Winter Wonderland” Snow Day where we celebrate annual an early Thanksgiving and serve dinner, a pre-Christmas festivity, to more than 400 motel children in our community.